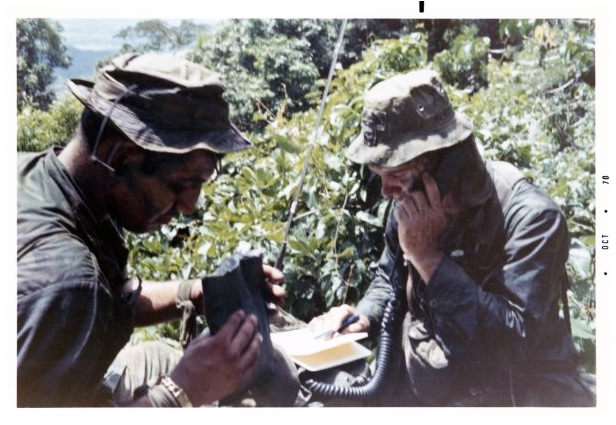 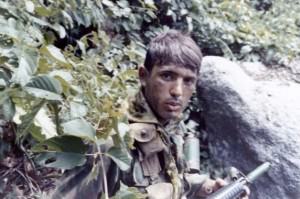 Company N (Ranger), 75th Infantry established a base camp at Landing Zone (LZ) English, Bong Son, RVN from which to launch their deep penetration missions behind or within enemy controlled areas. The173rd Abn Brigade had assumed the mission of “pacification” of the Bong Son plains Company N (Ranger), 75th Infantry would become a Ranger screen while the Brigade was on pacification. The TO&E specified that the November Rangers would consist of 3 officers and 72 enlisted personnel. The assigned officers served as the Commander, Executive Officer and Operations Officer. Twelve operational teams of six men each composed entirely of enlisted personnel. The remaining enlisted personnel had the duties of platoon sergeant, Tactical Operations Center (TOC), supply and administration.

Missions for the Ranger company were typically 3 -5 days with a 2 day break in between for debriefing, rest and preparation for the next mission. The Rangers were operating in the mountainous terrain of the An Lao , An Do, Suoi Ca, Crows Foot valleys; the Highland Fishhook; and Nui Ba and Tiger Mountains of northern Binh Dinh province which bordered the I Corps area. This area of responsibility was to remain the domain of N company for the remainder of the war. The brigade Tet-69 campaign lasted from 9 February to 26 March 1969 and marked the first independent employment of a Ranger company in screening operations of the Vietnam war. During this period which was typical of Ranger operations, N Company conducted over 100 Long Range Patrols that resulted in 134 sightings of enemy personnel and 63 enemy killed by direct action, 5 prisoners and a much larger number of enemy killed by Ranger-sponsored indirect fire and reaction elements. The Rangers casualties for this period was 1 KIA, 20 WIA and none captured or missing.

In November 1969 the brigade permanently increased the size of the company to full company strength of 128 Rangers. Acceptance into the Rangers was based upon factors of a GT score of 100 or higher, no physical or mental impairments and voluntary request for the Ranger company. All prospective personnel were interviewed prior to acceptance and full acceptance was not granted until the volunteer had completed a period of individual training conducted by the company and had participated in a few patrols to prove his abilities. Training was a combat mission for volunteers and a high speed approach to training. Company N, (Ranger), 75th Infantry received numerous experimental systems to maximize performance. Nine (9) millimeter pistols with silencers were sent to the company from civilian firms in the United States, they were used to take out the NVA/VC sentries that guarded base camps and weigh stations. An experimental system for firing electronically detonated claymores that were daisy chained (Widow Makers) became a staple of Ranger ambushes.

November company personnel were called upon to conduct special contingency missions such as the BRIGHT LIGHT mission of prisoner rescue and the destruction of the VC infrastructure throughout Binh Dinh province. During April 1971 the Brigade Commander finally put the unofficial black beret on a Ranger’s head during a ceremony that honored the men of the Ranger company for an earlier action. The beret had been denied the Rangers primarily because of senior officer opposition to further distinctions between unit paratroopers. On 25 August 1971, Company N (Ranger), 75th Infantry was solemnly deactivated. The Rangers of Company N (Ranger), 75th Infantry performed with exceptional courage and valor throughout their existence and service in Vietnam, two years and 6 months. Today, the modern Rangers of the 75th Ranger Regiment continue the traditions of being the premier fighting element of the active army. The traditions and dedication to their fellow RANGERS continues!!