Please Don’t Thank Me for My Service 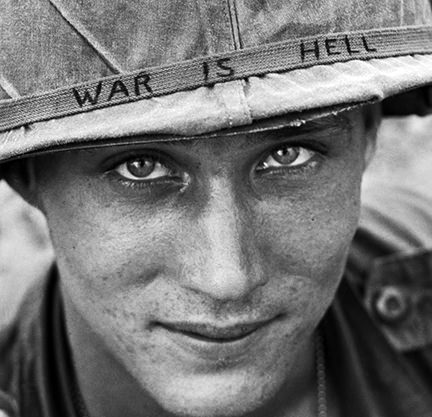 My sister recently sent me a link to a New York Times article entitled, Please Don’t Thank Me for My Service, (link) written by Matt Richtel, published on February 21, 2015. She asked me what I thought of it.

Like a bad heat rash on a hot summer day, it irritated me. As I read, I found myself agreeing that the “thank you for your service phenomenon” is real, but the attitudes and conclusions drawn by the veterans interviewed for this article seemed prickly and malformed; lacking in common grace. Their comments made me suspect that on some level they are still wrestling with their war demons and have not fully resolved the conflict in the belly of their souls. They, by no means, speak for the rest of us.

It was 1977 when someone first thanked me for my service in Vietnam. Seven years after I was discharged. It must have been significant in some way because I still remember where I was (working in Prudhoe Bay on the Alaskan pipeline) and how awkward it was to have a stranger walk right up to me and thank me for my service. Unexpectedly, I felt a release or relief of sorts because it broke the strange, long silence that had existed between me and ‘them’ (‘them’ meaning everyone else) about the Vietnam war. It was the beginning of a bridge that helped me begin to reintegrate more fully into civilian life. I was speechless then, and still am now when people thank me. I am especially uncomfortable when a speaker asks all the veterans to stand up and be recognized on Veteran’s Day. I only comply because of my wife’s insistent prodding that I stand, with repeated nudges against my leg.

It may be uncomfortable to be thanked for our service, but not because people are insincere or shallow, or trying to somehow assuage their own sense of civilian guilt as the author suggests. I’m pretty sure it’s our problem, not theirs. I would suggest that it’s perfectly natural to thank someone for serving their country, especially during a time of war and conflict. When you think about it, for someone not to acknowledge the Veteran’s service could be considered thoughtless. But not according to Freedman.

“They have no skin in the game with these wars. There’s no draft.” No real opinions either, he said. “At least with Vietnam, people spit on you and you knew they had an opinion.” “Thank you for your service,” he said, is almost the equivalent of “I haven’t thought about any of this.”

Similarly, Garth is offended when thanked.

…Mr. Garth, 26, said that when he gets thanked it can feel self-serving for the thankers, suggesting that he did it for them, and that they somehow understand the sacrifice, night terrors, feelings of loss and bewilderment. Or don’t think about it at all.

In response, I would ask two simple questions; if not for them then for whom did he serve, and how does not understanding (fully) the effects of war disqualify the appreciation? The passengers on Flight 1549 didn’t know how it felt for the pilot to fly an Airbus A320 into the Hudson, but that didn’t disqualify them from expressing their heartfelt gratitude toward Captain Scully for saving their lives. Their thanks were appropriate, real and sincere. And how odd it would be for Captain Scully to seethe with resentment because they had no idea what he had to endure while trying to protect them?

Furthermore, how can a civilian know the horrors of war without experiencing it first hand? The whole point of the soldier going to war is so that others don’t have to. To respond by saying “I pulled the trigger, you didn’t” might seem at first glance a profound statement but upon further inspection seems suspiciously resentful, as though Mr. Garth is carrying a chip on his shoulder. A chip that evidenced by the rest of his sentence, “don’t take that away from me”.

To borrow a line from Jack Nicholson in the movie, A Few Good Men, “We live in a world that has walls, and those walls have to be guarded by men with guns. Who’s gonna do it? You?…You…? I have a greater responsibility than you can possibly fathom.”

We stood on the wall for our nation because they needed us there. Most everyone gets that on some level. And when they get it, what naturally comes next is simply, “Thank you.” To equate the sentiment “Thank you for your service” with “I haven’t thought about any of this” is quite a leap on Mr. Freedman’s part.

I love Tim O’Brian’s writing. His book, The Things They Carried is one of the best. He is the unofficial poet laureate of war. But I think he might be getting a little intoxicated with his own philosophy when he states that the appreciative are thanking him “without having the courage to ask whether the mission was even right.”

Can we appreciate the firefighters and police who stand on the wall daily within our cities without first having to define the motivations for our gratitude through the excruciating strainer of complete self-examination, or test our courage by asking if their “mission is even right?” And wouldn’t it be a strange response indeed for a firefighter or policeman to react with resentment and suspicion toward the thankful?

Those who are simply expressing heartfelt thanks should not be psychoanalyzed or their motives impugned, or assumptions made about their thoughts or courage. Let gratitude stand alone and be humbly received.

It’s true that I still fumble about…not knowing what to say when someone thanks me for my service. Partly because I experience what Tim O’Brien so eloquently described, “something in the stomach tumbles” from the expressions of appreciation that seem so disconnected from the “evil, nasty stuff you do in war”, and partly because it was simply my job. It seems odd to be thanked for doing your job, which after all is just what you are expected to do when you sign up for the armed forces. Like Captain Scully, we were just doing our job as best we could and for the record I don’t consider us heroes. I reserve that distinction for those who didn’t make it home in one piece.

To Mr. Garth, Mr. Freedman and Mr. O’Brian I say, “Thank you for your service.”

Link to Please Don’t Thank Me For My Service below:

6 Comments on “Please Don’t Thank Me for My Service”