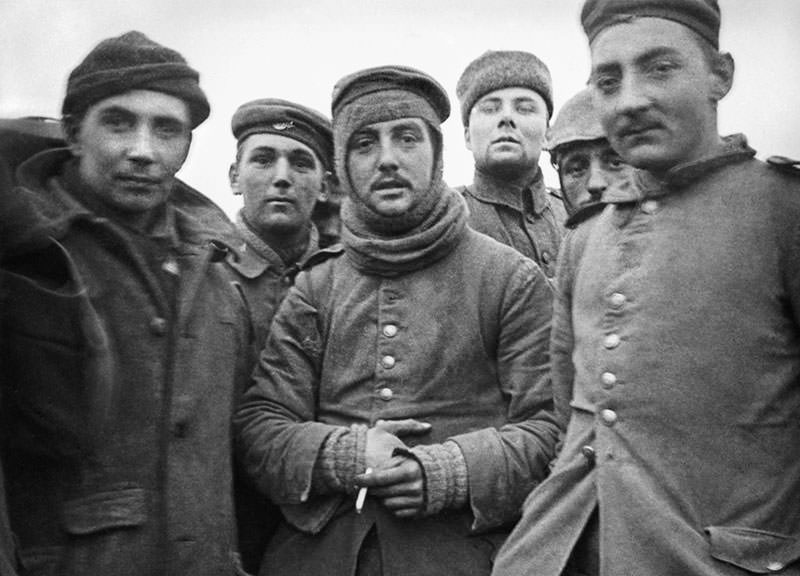 View Video of the Christmas Truce

As the story goes, in the winter of 1914 during World War I, on the battlefields of Flanders, one of the most unusual events in all of human history took place. The Germans had been in a fierce battle with the British and French. Both sides were dug in, safe in muddy, man-made trenches six to eight feet deep that seemed to stretch forever.

All of a sudden, German troops began to put small Christmas trees, lit with candles, outside of their trenches. Then, they began to sing songs. Across the way, in the no man’s land between them, came songs from the British and French troops. Incredibly, many of the Germans, who had worked in England before the war, were able to speak good enough English to propose a Christmas truce.

The British and French troops, all along the miles of trenches, accepted. In a few places, allied troops fired at the Germans as they climbed out of their trenches. But the Germans were persistent and Christmas would be celebrated even under the threat of impending death.

According to Stanley Weintraub, who wrote about this event in his book, Silent Night, “Signboards arose up and down the trenches in a variety of shapes. They were usually in English, or from the Germans, in fractured English. Rightly, the Germans assumed that the other side could not read traditional gothic lettering, and that few English understood spoken German. YOU NO FIGHT, WE NO FIGHT was the most frequently employed German message. Some British units improvised MERRY CHRISTMAS banners and waited for a response. More placards on both sides popped up.”

A spontaneous truce resulted. Soldiers left their trenches, meeting in the middle to shake hands. The first order of business was to bury the dead who had been previously unreachable because of the conflict. Then, they exchanged gifts. Chocolate cake, cognac, postcards, newspapers, tobacco. In a few places, along the trenches, soldiers exchanged rifles for soccer balls and began to play games.

For a few precious moments there was peace on earth good will toward men. All because the focus was on Christmas. Happens every time. There’s something about Christmas that changes people. It happened over 2000 years ago in a little town called Bethlehem. It’s been happening over and over again down through the years of time.

Lord willing, it will happen again. 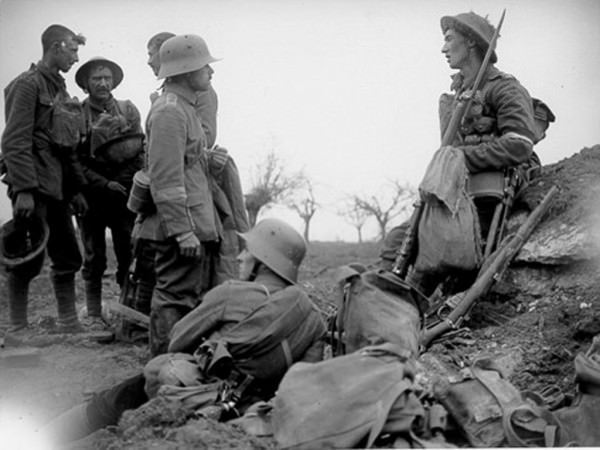 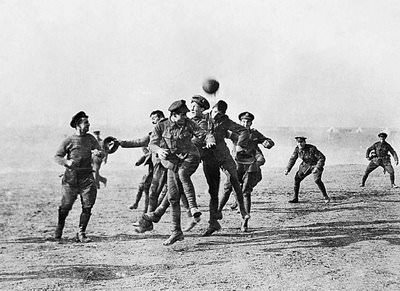 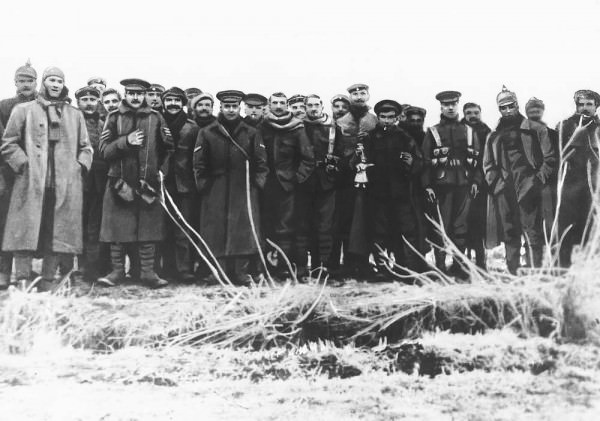